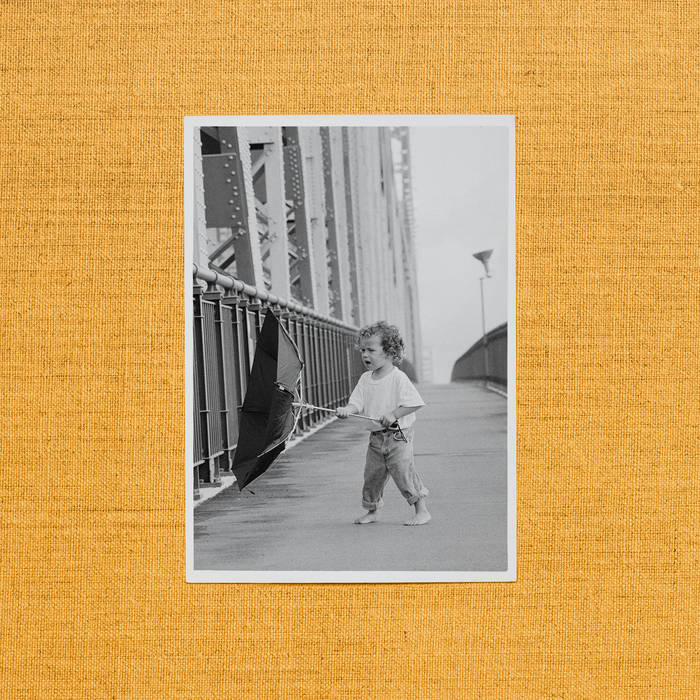 Kriss There's something magical about this album. Favorite track: Sorceress.

darius abulencia another solid effort by a great songwriter. still hard to believe this guys in his 20's. his songwriting is very deep Favorite track: Goodbyes.

Carlos.S.Aguirre No music will clasp your soul as much as Jordan Rakei's.
more...

Newly signed to Ninja Tune, Jordan Rakei has battled his inner demons and written an inspirational, soul-stirring record in the process. Titled “Wallflower” which will be released on 22nd September 2017.

At only 25, the multi-instrumentalist, vocalist and producer - born in New Zealand to a Kiwi mother and father from the Cook Islands - is a rare talent whose distinct take on soul captures a sonic and emotional awareness many artists spend their entire careers chasing. He writes with a maturity and flair that belies his years and new album “Wallflower” sees Jordan edging beyond the peripheries of the genial, often sun-flecked sound his fans have come to know him for. The easy swing that has been the backbone of his sound from the outset is ever present, harking back to teenage days spent in his bedroom with his beloved MPC trying to emulate 9th Wonder and Pete Rock. On “Wallflower” the tools and the process have evolved - the focus is on live instrumentation - but the groove and the cadence are unmistakable, framing soul and jazz in a truly vibrant oeuvre that simultaneously recalls his predecessors The Roots and peers The Internet, Nick Hakim and Hiatus Kaiyote.

Jordan’s whirlwind rise has been a predominately solo effort. His exceptional musical ability (he writes, sings and plays most of the instrumentation on his records himself) is accompanied by an unrelenting - yet agreeably humble - ambition. His aptitude and knack for songwriting caught the attention of tastemakers following the release of his 2014 EP "Groove Curse”. His self-released debut album “Cloak” (2016) lit the blue touch paper, earning him a coveted set at Pitchfork Avant-Garde Block Party that year; supports for the likes of Jamie Woon and NAO; and a call-up to play AMP. Drawing early support from the Soulection crew, he has collaborated with Taku, Tom Misch, FKJ, and lent vocals to the Disclosure track ‘Masterpiece’ (from their 2015 album “Caracal”) after the duo were tipped off by a friend who had seen Jordan play a tiny basement bar in Australia. At radio, Jordan has been championed at BBC R1/1Xtra by Annie Mac, Huw Stephens, Mistajam, Jamz Supernova, Toddla T plus Mary Anne Hobbs and Gilles Peterson at BBC Radio 6 Music.

Jordan considers “Wallflower” his most personal work yet - it’s an emotive opus inspired by his own struggles with introversion and anxiety. Sonically lush and complex, yet lyrically relatable and unguarded, listeners are offered a glimpse into the mind and artistry of a musician who grapples with his own self- image and fears every day. On ‘Sorceress’ (recently supremely reworked by Photay) the ego is personified as a sinister and controlling spirit figure led by equal parts understated ethereal guitar and Jordan’s superb multi-layered vocals. New single ‘Nerve’, featuring Dave Okumu of The Invisible on guitar, is upbeat and incites a sense of renewal as its lyrics call out the fallacies within self-constructed paradigms. Elsewhere, the ska-tinged ‘Clues Blues’ is laced with trombone and saxophone by Ahmad Dayes and Wayne Francis II from South London pillars United Vibrations.

"It’s about how the ego can fully control the way you act and perceive life,” he says. Jordan’s decision to leave his home in Brisbane for London in 2015 has had a life changing effect on his music, his career and his outlook. Just thinking about a 10,000 mile relocation was traumatic, and these feelings were exacerbated by his introversion and anxiety. However, he plucked up the courage to make the move and never looked back.

“In Australia, I was stuck in a bubble”, Jordan explains. "When I moved to London I had to deal with my introversion through ‘exposure therapy’. Every day I met new people for a whole year. I met every producer, songwriter, and musician I could. You have to improve as a person to improve as an artist”. Building a new community in London, Jordan linked with Tom Misch, Loyle Carner, Richard Spaven and Alfa Mist - musical likeminds experimenting on the fringes of jazz, soul and hip-hop - and also met Bradley Zero, founder of South London record label and party Rhythm Section. Bradley encouraged him to try his hand at a collection of dancefloor-driven tunes which became the EP "Joy, Ease, Lightness", released by the label at the end of 2016 under the alias Dan Kye.

In many ways “Wallflower” is a direct emotional response to his new surroundings and is undoubtedly testament to Jordan’s personal strength, drive and overriding passion for his art as well as a reflection of his openness and eagerness to reach out and explore London’s fertile music underground. It cements not only his importance as a contemporary, and truly exhilarating, soul voice on the international stage, but his stature as a producer, songwriter and multi-instrumentalist in total command of his sonic vision.

Bandcamp Daily  your guide to the world of Bandcamp